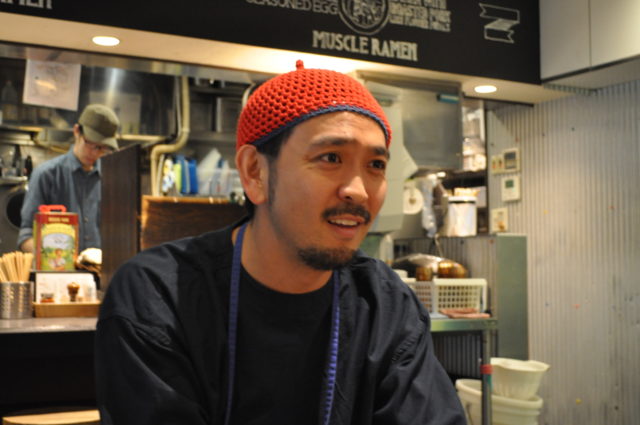 Nice to meet you.


I am the representative of SORANOIRO, Chihiro Miyazaki.
SORANOIRO’s slogan is “For our future customers and the development of this industry”.

First of all, SORANOIRO was opened in Kojimachi in the year of 2011.

During that time, although seafood tsukemen and Jiro Inspired ramen were at its golden age, we have based our concept on “A ramen store that ladies would be able to freely come eat alone”, so we created the “Veggie Soba” in which the noodles, soup, and toppings were completely made by vegetables, and this was a big challenge we took in the industry.


There were two reasons to the beginning of “Veggie Soba”.
Firstly, when I drank a 100% carrot juice provided by a hotel in town, I thought to myself “Can this become ramen?”
Second of all, we may all witness this around town or inside train stations, but there seem to be phenomenon of females lining up in front of juice stands, and I felt that this is what the ladies are looking for!

In regards to these two reasons, as I have participated in Paris, France’s Paris Ramen Week in 2014, our “Vegan Veggie Soba” was officially added to our grand menu, and our vegetarian customers were also able to try this dish as well.

The year after, in 2015, we have created the gluten free ramen, which was made by brown rice noodles sent directly by farms in Shimane Prefecture. With this, our customers with wheat allergy and celiac disease were also able to try this menu as well.

With this, we have steadily increased the number of our stores with the slogan “For our future customers and the development of this industry”, and now we are managing 5 stores at the moment.

All menus at each location are different from each other. Although by making just one ramen and opening up numerous locations, we may be able to optimize sales profit, and also a lot more work efficient, I decided not to take this choice.


Ramen is a blend of Japanese, Western, and Chinese, and we believe it is a proud gourmet culture in Japan that is used by different cooking techniques from various countries. Before speaking as a ramen store owner, I would like to be a chef, and cover the concept of “what ramen is like” from our customers’ point of view.

The management philosophy from Ippudo which I have trained in is “To not change is to continue to change”.

And this is why, I will not go with the same taste even when I increase the number of store locations, I will optimize the potential of the ingredients, and continue to bring up new ramen.

There is also one more thing that I have continued to do since I opened up this business,
and that is making special limited ramen every season.


At first when this business opened up, I started because I wanted to create new topics targeting ramen freaks, as of now, we have created up to 200 different menus in 8 years, and they have also become the representatives of SORANOIRO.

By making special limited ramen, we are able to introduce seasonal ingredients from across the country to our customers, and we also look for the potentials in ramen by using ingredients that are not usually used in ramen such as vegetables, fruits, and herbs.

Through the usage of these ingredients, we will connect with manufacturers, and would be glad if we could contribute to the local society and regions.


For example, after the Great East Japan Earthquake, we were introduced to Sanriku region’s wakame seaweed through incorporated nonprofit organization, and since then we have been continuously using it for 8 years, as it was not temporary but permanent consumption and enforcement. Other than that, we also made ramen by using Tokushima’s citrus sudachi that were not completely consumed and gone to waste, hoping it may support the local society by introducing them to other local ramen friends.


The ramen I make is not stereotypical, as each one is filled with a strong belief. We would be glad if you could try our taste containing each belief.


Ramen stores are cool! Dreams exist in the food industry! I do believe in that.
I would be glad if I can spread our wings and expand our potential by managing our stores. 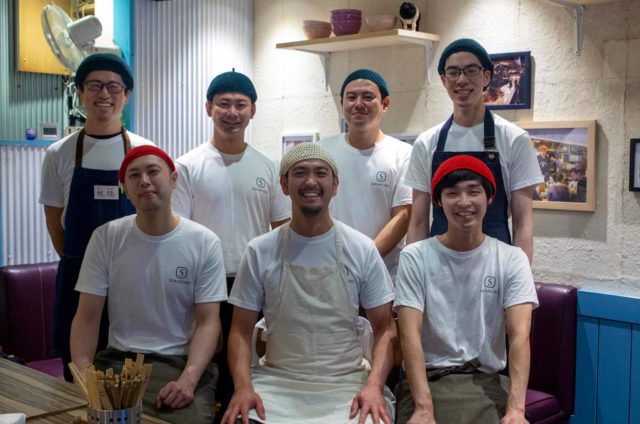