Ramen store manager that created more than 200 different types of ramen, as well as a consultant for developing restaurants and menus.

We provide creative menus and innovative store designs which exceeds the limitation on fixed concepts.

As we carefully plan different projects for each and every store, Miyazaki’s style is chosen by restaurant business managers from companies who have newly entered the restaurant market as well as those who look for approach methods that are different from the past.

Going on food tours for ramen since the age of 15

2011  Working at Ippudo for 10 years and 10 months, then became independent from his mentor Kawahara Narumi

2011 June  Opened SORANOIRO at Kojimachi, the “Veggie Soba” that is mainly targeting female customers has brought attention to the industry, and became a huge topic.

2014 Participated in Paris Ramen Week in Paris, France, and started the development of VEGAN ramen mainly for vegetarians. Started grand menu since March.

2015  Created ramen made from gluten free noodles “Rice Flour Noodles” in the help of the farmers from Shimane.

In the same year, Kojimachi achieved the Bib Gourmand from Michelin Guide Tokyo, and it was published for the next 3 years after the achievement.

2017  Engaged in the development of the products for Mister Donuts’ Mister Yumcha since April, and created 10 menus in 2 years, providing them to customers from around 800 restaurants across the country.

There were over 200 different menus created during the past 8 years, and will still be continuing on.

We create and provide from graphics and space for the menus, equipment for the restaurant’s interior, to the atmosphere surrounding the staffs as well.

We fully support our clients by providing a wide range of creations such as logo, business cards, menus, and store designs regarding the food industry. 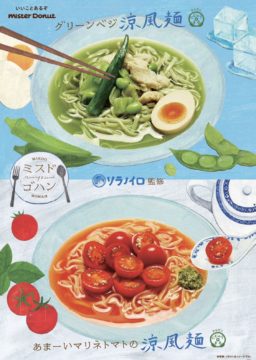 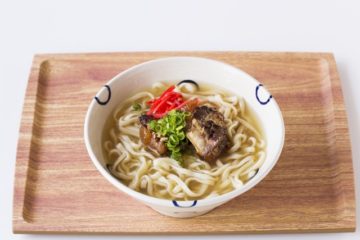